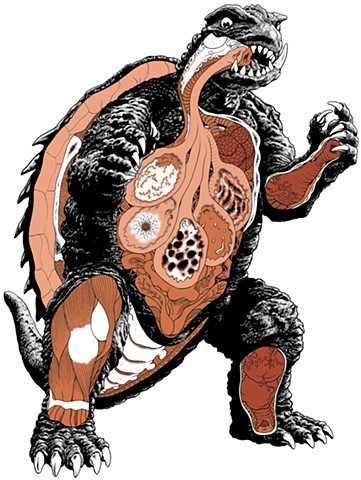 When Shout Factory was preparing a restored release of the original Gamera series, Japanese monster expert August Ragone was brought in to assemble a team to put together booklets and commentaries, and he asked me to do anatomical diagrams for each booklet in the style of similar drawings produced in Japan during the series' theatrical run of the 1960s-70s. It seemed to be convincing enough that reviewers often assumed the diagrams were just reprints ( as in The Onion's piece), which was partly gratifying and partly dismaying. This screensaver shows how the final image appeared in the first booklet: Gamera Screensaver