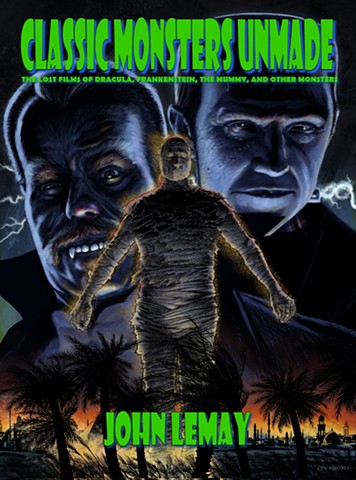 The 'Unmade' or 'Lost' film books describe movies which were never made, were made but in significantly altered form to their original conception, or were made but vanished. For this volume there's the Lon Chaney (senior) version of DRACULA, the Bela Lugosi version of FRANKENSTEIN and the giant mummy from THE CURSE OF THE MUMMY'S TOMB.

Influenced by the beloved cover artwork by Tom Chantrell for Denis Gifford's 'A Pictorial History of Horror Movies'.