Tales from the Crypt
2016
Digital
'Tales from the Crypt' was one of the EC comics of the 1950s which were a high point in the medium. Any relaunch deserves the best artists doing their best work, but due to a tight publisher's catalogue deadline it was just me who was asked to get a cover done in an afternoon, roughs to colours.

This is the final version I sent in with a colour scheme inspired by the cover of the EC comic 'MD' #1 drawn by Johnny Craig and presumably coloured by Marie Severin.
PREV / NEXT   10 / 32
BACK TO TALES FROM THE CRYPT 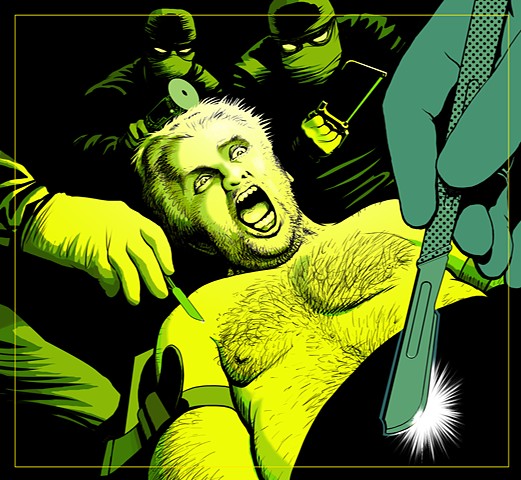